The Telegram – Book 1 – The Story of Charles Schultz 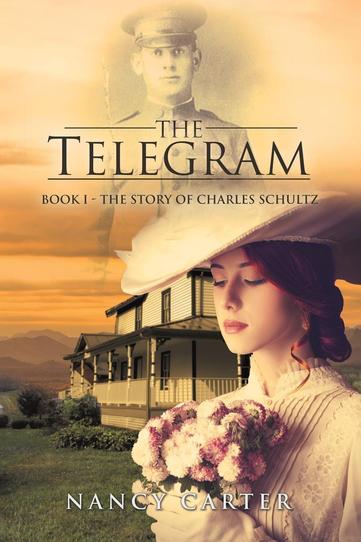 Sometimes in life, a small object or a note on a piece of paper can change the course of our lives forever. That’s the way it was in 1919, for Charlie Schultz. He had just returned home from The Great War in Europe, only to have a mysterious telegram delivered to him. The message came from Ireland, declaring Charlie’s wife dead. The words were hauntingly clear, but they left Charlie tormented as to know what to do.

Set in the Appalachian hills of Huntington, Guyandotte, and Ona, West Virginia, in the early 1900’s, The Telegram brings to life the struggles the majority of folks endured trying to make a living and survive. The Schultz family was, ‘God-fearing folks’ who did the best they could with what they were given.

William and Sarah Schultz had five living children, four girls and Charlie. In 1905 when Charlie was 15, he wanted to join the military, but his father refused to allow it and told him that he had to finish school. However, the next year, his father died unexpectedly, leaving Charlie with no choice, but to quit school and work to support his mother and four sisters.

Charlie’s lack of education, young age, and inexperience, prevented him from getting a good job.  After 6 years of struggling , and a harrowing experience on a railroad box car, Charlie decided to do something significant with his life; he joined the army, which provided everything he had been looking for, especially adventure and travel.

As Charlie struggled with real life issues he questioned his strict Christian upbringing. At times, he fell away from his spiritual teachings, but turning to the Lord, helped him pull his life back in check. After three years the Army lost its appeal and Charlie was anxious to muster out. When he returned home he discovered that routine farm work held no adventure or self-fulfillment.

After a budding romance turns sour, Charlie is left spurned by the girl he thought he loved. He reenlisted in the military, as an escape, from the girl and from the repetitive farm work. On the train to his new army assignment Charlie discovers in his pocket a strange telegram with a mysterious message.

The historical facts and events, as well as inventions and the lifestyle of the characters are true to the period in which THE TELEGRAM is written. Published by Xulon Press, a division of Salem Communications