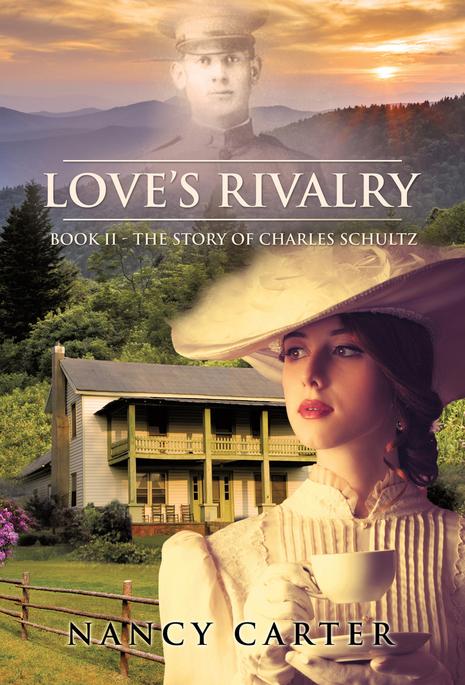 THE RIVALRY - BOOK II - THE STORY OF CHARLES SCHULTZ

Absence does not always make the heart grow fonder, as Charlie Schultz discovers upon returning home from the army in 1914. Charlie's family has moved from his hometown of Guyandotte, to a farm in Ona, West Virginia. The girl he was planning to court rejected him for his best friend. To escape the mundane farm life, and the girl, Charlie decides to re-enlist in the army.

Set in the Appalachian Hills of West Virginia and on the seacoast of Fort Adams, Rhode Island, in the 1900's, Love's Rivalry, book two of a Christian historical fiction series, continues the story of the life of Charles Schultz. By January of 1915, Charlie is traveling by train from Huntington, West Virginia to rejoin the army, when he discovers a mysterious telegram from the girl he thought he had lost.

Mistaken orders from the army land Charlie in a terrible situation in Garnett, Kansas, almost destroying his love for the army. After many mishaps, the mistake is finally corrected. While transferring to Fort Adams, Charlie meets a beautiful girl on the train; they part with a mischievous kiss and a promise to write.

At Fort Adams Charlie finds his place in life which reinforces his love for the army. After receiving a strange letter about the girl who rejected him, Charlie goes AWOL and returns to West Virginia where he discovers troubling news.

Upon returning to the fort, Charlie is caught and imprisoned, where he spends time reading the Bible and praying.  Charlie's early release hints that war is imminent; but America must complete enormous preparations before entering the war.

Just before deployment, Charlie receives a letter from the girl who spurned him. What she reveals leaves him unsure of his feelings for her. Charlie worries about shipping out without answering the letter.  He recalls his Ma's Biblical advice to, "Trust in the Lord."

Charlie is sure that his calling in life and his first commitment is to God, The United States Army, and America; the girl would have to wait.